Immediate past Scottish champions Glasgow Rangers have lost their league title to Old Firm Derby rivals Celtic despite thrashing Ross County 4-1 at home in the latest set of games in the Scottish top flight. Rangers needed Celtic to lose their last two league games this season to have a chance of retaining the league title they won under Steven Gerrard last season. 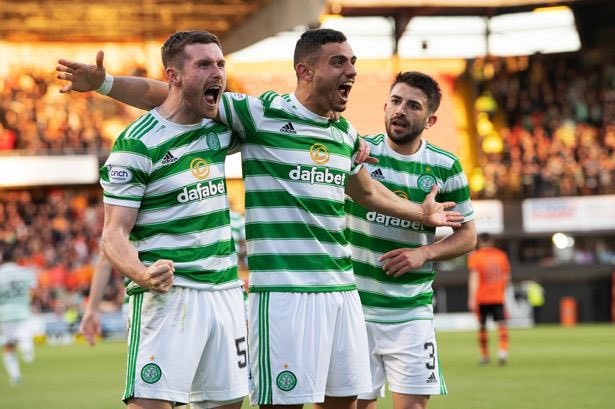 Glasgow Rangers won a first league title in ten years thanks to the managerial input of Gerrard as they prevented Celtic from winning the Scottish Premiership title for a tenth straight season.

Celtic are the new Scottish champions after they picked up a point from the first of their two remaining league games. Rangers needed them to lose the two games as revealed earlier. Celtic played out a 1-1 draw at the home of Dundee United in the first of their two remaining league games on Wednesday to seal the title. Greek striker GiorgiosGiokoumakis gave Celtic the lead on 53 minutes after a goalless affair in the first half. Dundee United equalised through Welsh star Dylan Levitt in the 72nd minute to ensure that the two teams shared the spoils. Wales international Levitt is on  loan at Dundee United from Manchester United. The point taken from the game was enough for Celtic to the regain the Scottish Premiership title from Rangers.

Just like Celtic, Rangers were also in action on Wednesday. The game against Ross County ended in a 4-1 win for Rangers, but it was not enough to retain their title. Scottish winger Scott Wright gave Glasgow Rangers the lead in the 13th minute before club skipper James Tavernier doubled the advantage from the penalty spot just before half hour mark. The goals from Wright and Tavernier gave Glasgow Rangers a 2-0 at the end of the first half. Jordan White pulled one back for Ross County on 72 minutes before Fashion Sakala and Amad Diallo added two goals for Rangers in the last ten minutes to make it a convincing victory.