Newcastle United favourite Alan Shearer believes the Rangers job is a no-brainer for Steven Gerrard given he won’t be under the same pressure as compared to clubs in the English Championship. Speaking in the Match of the Day 2 programme, Shearer suggested that Gerrard should not think twice about the opportunity which has come to him via Rangers. 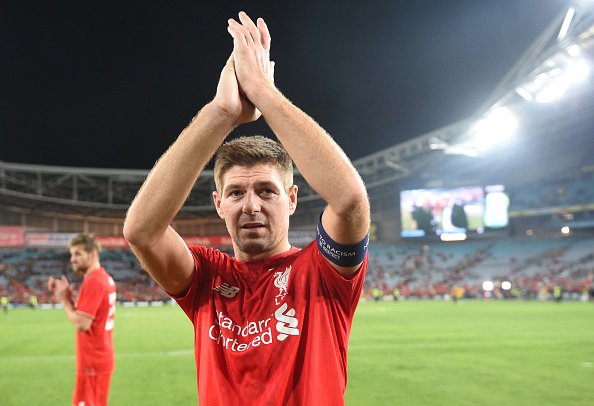 He said: “He’ll be able to attract bigger players because of who he is and what he brings to the football club. Wherever he goes, people will follow because he’s such a huge name. It’s a big if because there are no guarantees but if everything is put in place and he is promised funds – and I’m pretty sure if he accepts they would have to deliver what they have promised to him – I think it’s a no-brainer for him.”

Since retiring from professional football in 2016, Gerrard has turned down the opportunity to manage MK Dons and he has since been associated with managerial vacancy at Ipswich Town. However, reports now suggest that Gerrard would be willing to discuss a potential head coach role with Rangers, who are expected to replace Graeme Murty during the off-season.

Gerrard would not have the pressure of handling a Championship club with Rangers but he can nevertheless have the burden of expectations after having achieved reasonable success during his playing career with Liverpool. Gerrard’s highlight moment is undoubtedly the Champions League success in 2005 and the veteran was probably unlucky to have not won the Premier League despite the Reds being in strong positions during the 2008/09 and 2013/14 seasons.

Since Rangers’ promotion to the Premiership, they have witnessed the difficulty in match the performances of arch-rivals Celtic and Gerrard would definitely requiring some spending during the summer in order to close the gap between the Glasgow rivals.