Scottish champions Rangers are reportedly leading the race to sign Manchester City youngster James McAtee on loan until the end of the season. Apart from Rangers, other clubs such as Girona and Swansea City are also interested in the player. 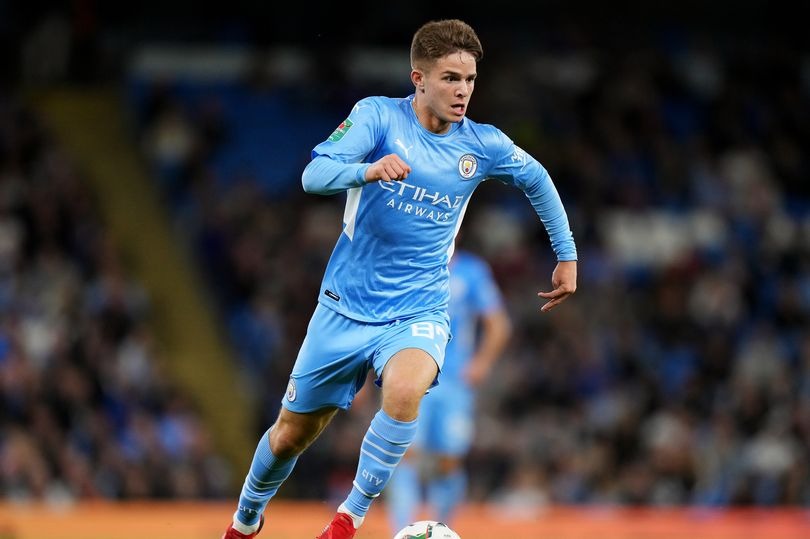 The interest of Rangers in the young Manchester City midfielder was revealed by the Daily Mail as it was stated that the Premier League champions will make a decision on whether to let him leave the club on loan for the rest of the season. Manchester City manager Pep Guardiola is reluctant to let McAteeleave the club during this winter transfer window. If City let the youngster leave on loan, they are keen for him to join a team with similar footballing philosophy.

In addition to being a friend of the abovementioned Guardiola, Rangers manager Van Bronckhorst is also a big advocate of possession style football thus making the Scottish champions favourites to land McAtee.

Van Bronckhorst has already landed a young Premier League attacker on loan in Amad Diallo and he’s keen to add McAtee to his squad. Ivorian international Diallo has signed for Rangers on loan from Manchester United until the end of the season. He has been signed as a like-for-like replacement for Romanian star IanisHagi who has been ruled out until the end of the season due to a serious knee injury. Diallo is on course to make his Rangers bow when they face Ross County this weekend. In his first interview, Diallo was impressed with what he has seen at Rangers as the young winger admitted thathe knew little about Rangers before signing as a Manchester United loanee.

The main target for Rangers and Van Bronckhorst is to retain the Scottish Premiership title at the end of this season ahead of Old Firm Derby rivals Celtic.