Is Rangers FC the next football destination of Rushian Hepburn-Murphy?

Rushian Hepburn-Murphy is a 18 year old English forward that is attracting the attention of many clubs from around the world and the blossoming player became one of the youngest players ever to appear in a Premier League in the history of Aston Villa. Rushian made his way through the youth academy of Aston Villa and he is already being linked with a number of clubs that are believed to be interested in signing him.

Rangers midfielder Joey Barton is set to hold talks with the club on his future at Ibrox, according to reports. The English player was suspended after a training ground burst up in September. He might not appear for the Rangers team again, the BBC claims. 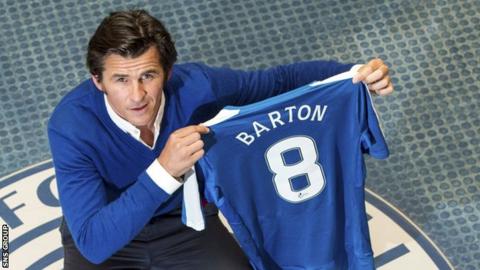 The 34-year old player joined the Scottish premiership club this summer after leaving Burnley. Barton is facing charges from the Scottish FA as he reportedly broke betting rules as a player. The club suspended him following a row with the club coach Mark Warburton and teammate Andy Halliday after he blamed the team for their 5-1 loss to Celtic last month.

Rangers captain Lee Wallace said that he is very disappointed with the way his team lost against Celtic. Indeed Rangers were thrashed 5-1 against their fierce rivals, and Wallace stated that this result is the lowest point of his career. Although Rangers have gone through all kind of humiliations ever since they were relegated to the lowest division of Scottish football, Lee Wallace said that this defeat against Celtic was the worst experience of his career.

CROOKS PLEASED WITH RETURN TO RANGERS

Matt Crooks is set to return to action for Rangers after a long time out. 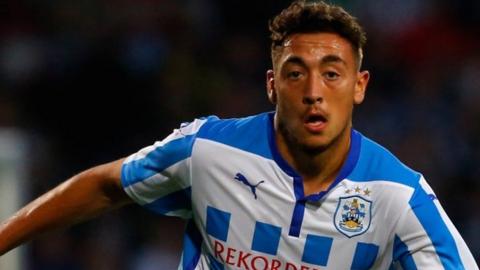 Crooks with his towering stature hasn’t enjoyed a game with the team since his injury on March 12. Croooks joined the Gers first team for full training since his ankle injury, making his first since he arrived from Accrington Stanley. He told Rangers TV that it hasn’t be easy for him to acclimatize in Glasgow.

Clint Hill will improve Rangers defence according to Neil Warnock

Neil Warnock has stated that Clint Hill will be a good signing for Rangers. He believes that the defender will contribute to improving a Rangers defence that has been guilty...

Mark Warburton has welcomed the arrival of former Liverpool manager Brendan Rodgers to the Scottish league. Rodgers has just taken over at Celtic, who were left searching for a new...

The latter has claimed that Scottish football, in general, has not treated Rangers well from the date of their liquidation. Smith added that there is bitterness present among the Rangers faithful and that it would take time to heal.

Despite not having the best of seasons in the EPL, one player that holds the key to the success of the Three Lions in Euro 2016 is Wayne Rooney.

The Manchester United and England international forward remains one of the most influential players in Europe.

Mark Warbuton shrugged off claims that were linking him with a move away from the Scottish club as he stated that its not in his interest of leaving the club and the English manager also took the chance to talk about the finances and transfers of Rangers.

Rangers are currently positioned at the top of the Scottish Championship League after having secured 60 points from their opening 24 matches.