HAGI SET TO RETURN FOR LYON ﻿

Scottish Premiership champions Rangers have beenboosted with the news that winger Ianis Hagi could feature against French giants Lyon in the Europa League next week Thursday. Earlier, there were fears that the Romanian international could miss up to five games for Rangers after testing positive for Covid-19 in North Macedonia. This is because local rules in North Macedonia mandated those who test positive for Covid-19 to stay in isolation for 20 days. 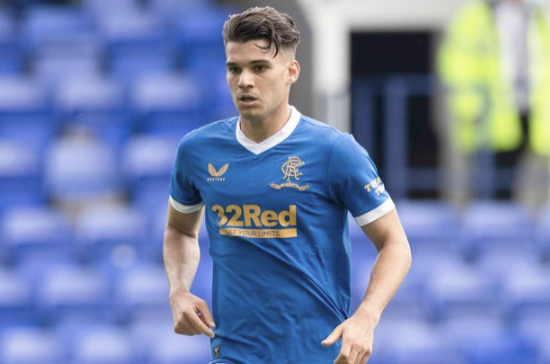 The latest report from the Daily Record via The Sun revealed that Romania have negotiated an isolation of just ten days for Ianis Hagi. The Rangers player tested positive while he was on international duty with the Romania senior national team. Ianis is the son of Romanian football legend Gheorghe Hagi and he was an important player for Glasgow Rangers who won the Scottish Premiership title convincingly last season and without a single defeat.

With the new development concerning Ianis and the isolation days to be spent due to Covid-19, the Romanian international will miss the resumption of the Scottish Premiership this weekend with Glasgow Rangers set to face St. Johnstone as they continue their climb up the table.

If the Romanian Football Association (FA) didn’t reach an agreement with North Macedonian authorities for Ianis Hagi as revealed by the report from The Sun, he could have missed three more league games. Apart from the St. Johnstone game in the league and the Europa League opener with French outfit Lyon, Rangers would have been without Hagi for the league games against Motherwell, Livingston and Dundee in what would be a big blow for the club and manager Steven Gerrard.

Rangers have been victims of Covid-19 in recent weeks especially after manager Steven Gerrard missed the Old Firm Derby shortly before the international break. He missed the game against Celtic after testing positive for Covid-19. Rangers were able to beat their rivals 1-0 at home in his absence.